PITTSBURGH, PA – Although we are currently living in a completely divided country at the moment, I think we can all agree that gender equality is very important in the world of sports and entertainment. One thing is for certain, and that’s the fact that Sauerkraut Saul, one of the original pierogies to run in the Great Pittsburgh Pierogi Race at PNC Park, doesn’t feel that he is being treated as fair as his female counterparts.

After yet another grueling loss to Jalapeño Hannah, it seems as if Saul has had enough. “She comes in here, flirting with the Parrot and swinging her purse around like some damn nunchucks to get wins and it just ain’t fair” Saul said. He added that he tried to compete with a satchel around his upper body last night but was told no by none other than Pirates owner Mr. Bob Nutting himself. “I’m not sure if he just didn’t want to pay for the satchel or not, but I told him I’m not afraid to take legal action” Saul said. 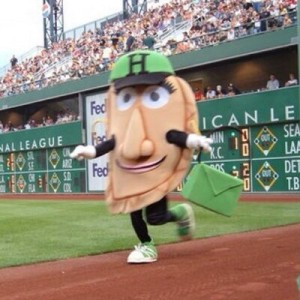 Saul seems to believe that his gender is holding him back since the female competitors are allowed to run with purses yet he wasn’t granted permission to wear a satchel. Penny Pizza and Jalapeño Hannah insist that it isn’t because of gender, but simply that it holds their feminine items in case of an on field emergency. “Nah that’s a bunch of Mike Mularkey right there. They use those things as weapons. Female items? I have items too! I put my sour cream in the front pocket, my butter in the back and some hot sauce in there just in case” said Saul. He also reminded us that Cheese Chester and Potato Pete have also been struck by “weighted” purses in the past, costing them their chance to cross the finish line. 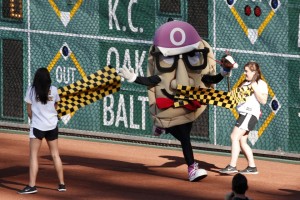 Hannah’s long time boyfriend and fellow running mate Oliver Onion barged in during our interview to inform us that it was just jealousy feeding the fuel to this fire between Saul and Hannah, mentioning that Saul has had his “kraut in a bunch” ever since Hannah ditched him for “The Big O” referring to himself.

Things got very physical between the Pittsburgh native pierogies and each had to be detained by the authorities, but not before Sauerkraut Saul dropped a bomb on the entire locker room. “Highly Intelligent my ass! Your girl ain’t nothing more than a veggie ravioli identifying as a spicy pierogi and you can’t even tell the difference! That’s right, Jalapeño Hannah used to be Ronnie Ravioli!”

As you can imagine the room erupted after that information and both Sauerkraut Saul and Oliver Onion are now in a holding cell at PNC Park.

SIDE NOTE: Jalapeño Hannah has neither confirmed nor denied the Ronnie Ravioli accusations.